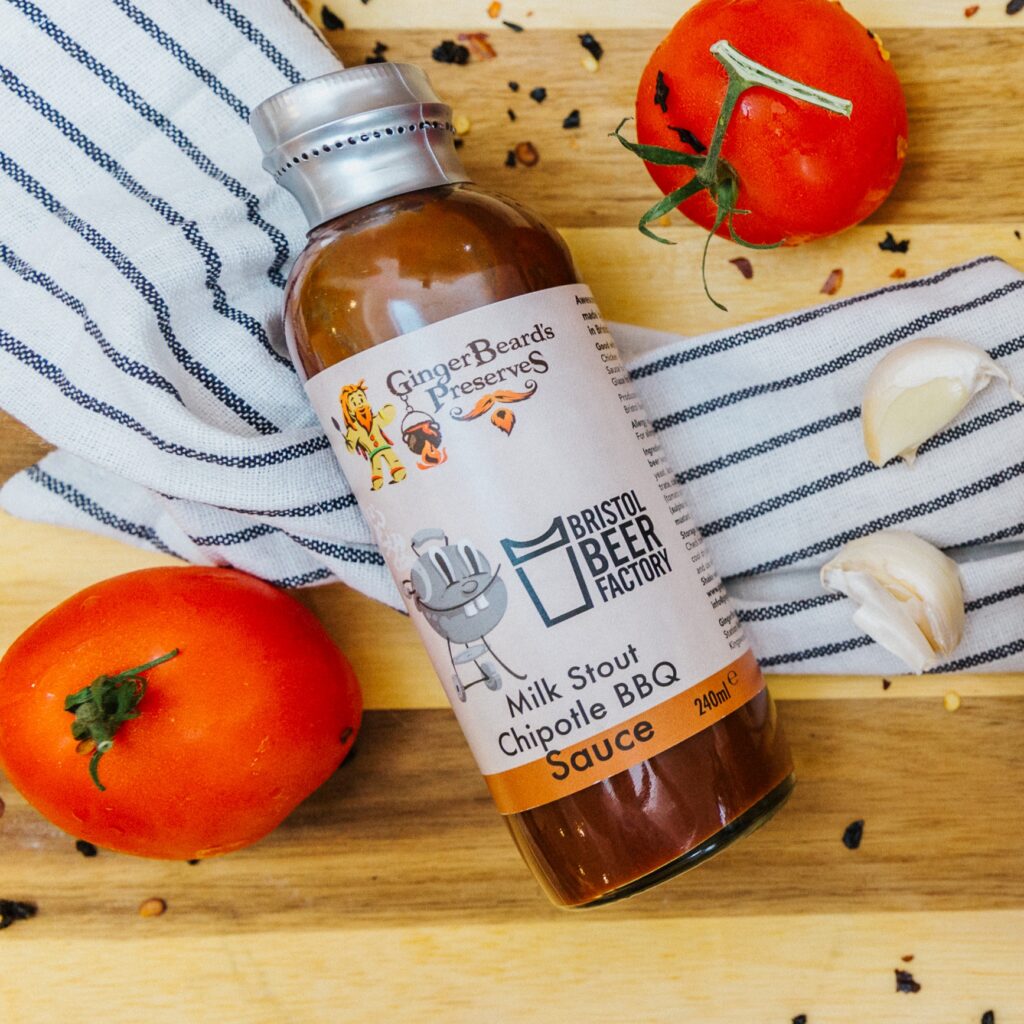 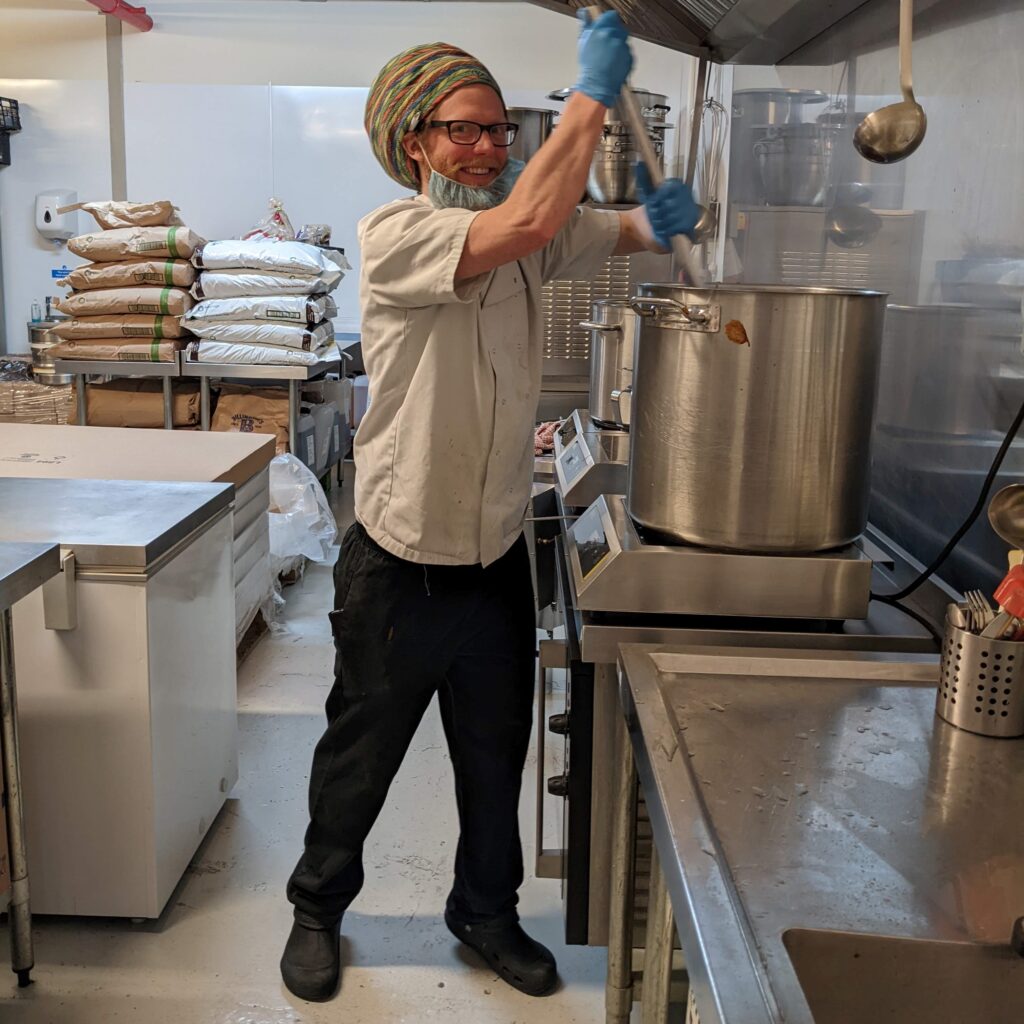 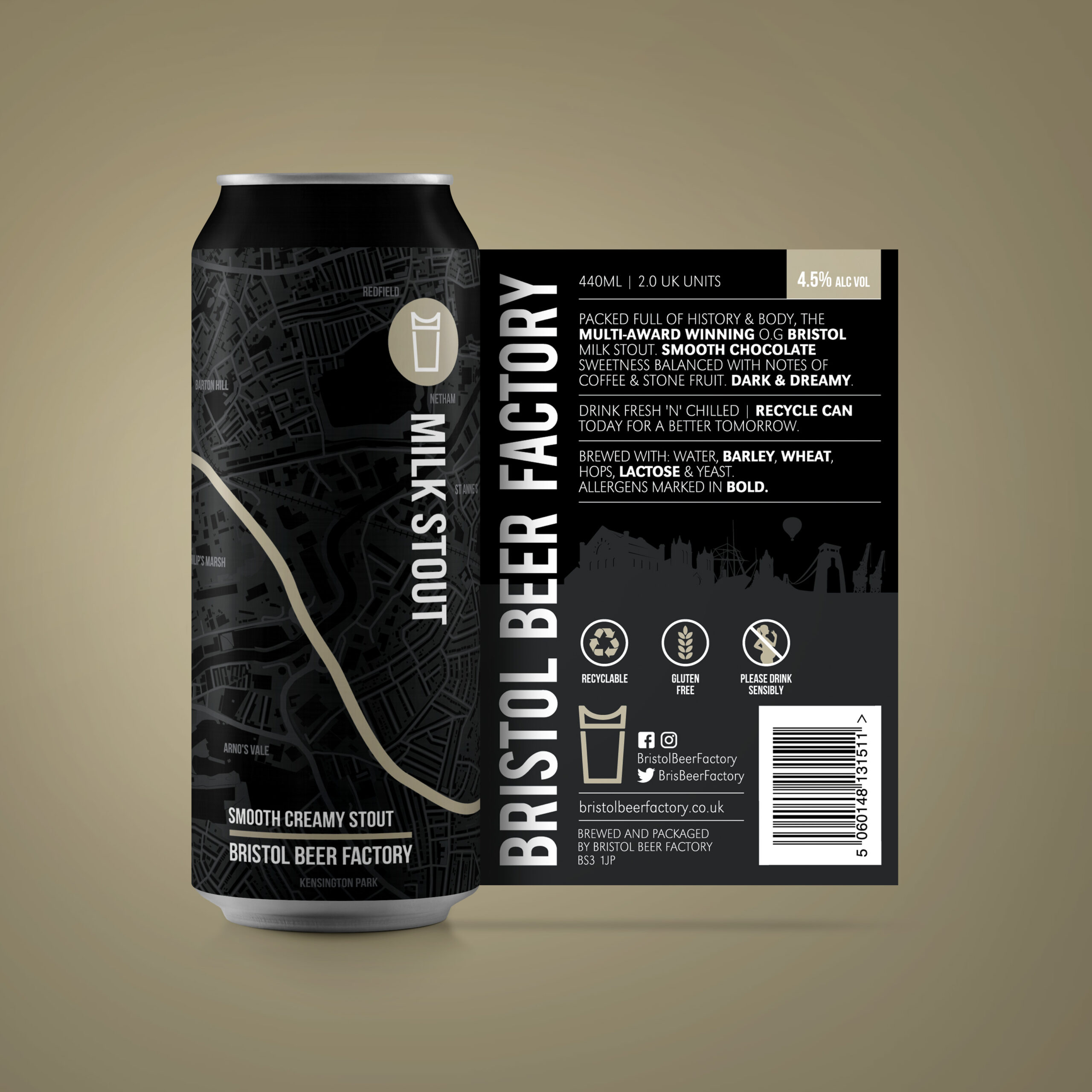 Part of our Collab Shout Series
Next up in our Collab Shout-Out series is the very Bristolian, Bristol Beer Factory!
Established in 2004 in the heart of Southville, the brewery proudly brings an ever-changing range of fresh, exciting and sessionable beers. You will no doubt have seen their vans delivering around town and probably tried one of their flagship beers like the Independence or the Milk Stout.
We picked the Milk Stout to complement our Chipotle BBQ sauce for its rich and creamy flavour. First brewed in 2006, as the re-popularisation of sweet, dark and creamy beers began. Milk Stout is so ingrained in BBF culture that the historical recipe was found written on the walls of their North Street building; a relic from the old brewery which forms our foundation. It is sweet but not sickly notes of chocolate balance black coffee bitterness and hints of dark fruits.
Combined with chipotle chillies and molasses, the stout makes this BBQ sauce a smooth and sticky sauce boasting a nice smoky kick. With BBQ season hopefully not too far away, this is the excuse you’ve been waiting to grab a bottle and give it a go.
For the pickled eggs fans among you, you’ll be happy to know that we’ve also used BBF’s North Street cider in our latest batch of Cider & Chilli Pickled eggs. This bespoke cider is medium-dry and designed by Bristolian cider drinkers for local cider drinkers.
You might have spotted on BBF’s Insta reels a fresh collab coming your way in early summer using Bristol Beer Factory’s Southville Hop! It’s currently in development, but we can say it’ll be packed full of apricots and hoppy flavours. Stay tuned!
The Chipotle Milk Stout BBQ Sauce is available online and direct from BBF’s Taproom:
291 North Street
Southville
Bristol, BS3 1JP
Facebook
Twitter
LinkedIn
WhatsApp
Email